Rosario Daw­son, Gail in the Sin City uni­verse, has spo­ken with Com­ing Soon and answered some ques­tions about the devel­op­ment of Sin City 2:

Q: Jamie King said she’s read the “Sin City 2″ script. Have you?
Rosario Daw­son: No, I have not. She’s work­ing with Frank [Miller] to pos­si­bly pro­duce some­thing together. I just talked to Frank about it though and said he fin­ished it a cou­ple of months ago so I’m really excited to get it going. Sup­pos­edly it’s going to hap­pen in 2009.

Q: Did he tell you any­thing specif­i­cally about the script?
Daw­son: I get to wear a mask in this one. Is that spe­cific enough?

Q: Where you would like to see your char­ac­ter go in the next film?
Daw­son: Gail? I think Gail is pretty much Gail. What you see is what you get. I don’t think she’s going to be pop­pin’ out any babies and singing any songs or any­thing like that. What’s actu­ally really fun about it is that we get to inves­ti­gate it a lit­tle bit more into the sto­ry­line that was actu­ally in “Sin City 2″ — that mid­dle chap­ter which is where Gail mostly was. Inves­ti­gate a lit­tle more as to who is this man and what are they talk­ing about when he’s got a dif­fer­ent face.

More of the same really, but SSH recently spoke with Frank Miller, ask­ing him about the 300 spin-off and Sin City 2.

With regards to Mickey Rourke’s recent com­ments con­cern­ing his hes­i­ta­tion in repris­ing his role as Marv, Frank says,

“He has a pretty big role. I hope Mickey plays it.”

And about Robert Rodriguez,

“I hope to work with Robert. We’re talk­ing it over and try­ing to work out the mechan­ics of actu­ally get­ting it made. It’s always tricky with movies. I believe that a movie’s going to come out as soon as I see its name on a marquee.”

Frank Miller has recently been speak­ing with IGN UK about The Spirit and the Sin City 2 sequel,

“Sin City 2 is writ­ten. It’s mainly a mat­ter of work­ing out the details of the pro­duc­tion. I’m hop­ing to do it with Robert Rodriguez again in the same cir­cum­stances that we did the first one, and we could be shoot­ing as soon as April.”

Shoot­ing as soon as April is prob­a­bly too hope­ful, I’ve got my fin­gers crossed for a shoot begin­ning by June 2009.

In Rome Frank Miller recently spoke about his upcom­ing movie, “The Spirit” but also took some time out to answer ques­tions, one of them quizzing about Sin City 2:

I can’t talk about my projects, because I don’t believe a movie is real until I see the title on the screen. There are many things that can go wrong. But I can tell you that I’m very close to begin ‘Sin City 2′ with Robert Rodriguez. We have to arrange a few things and we’ll be back in action.

Looks like things should start rolling in the next cou­ple of months.

Frank Miller had hoped to begin Sin City 2’s pro­duc­tion in late spring 2007, how­ever these plans were scup­pered in May by Rodriguez’s announced plans to helm the 1968 Bar­barella remake. 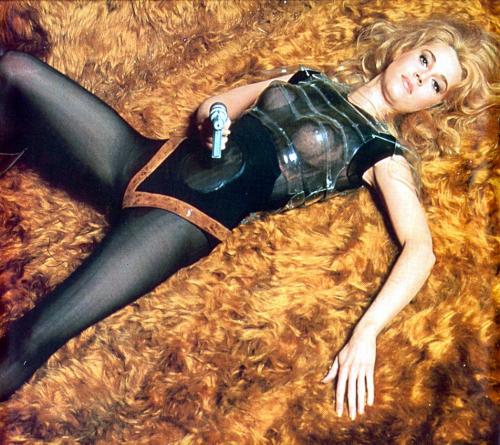 The specifics of the Sin City sequel are rel­a­tively unknown at this junc­ture — how­ever cre­ator Frank Miller, speak­ing in Feb­ru­ary 2007, con­firmed that the graphic novel, “A Dame to Kill For” shall be adapted for the big screen, along with a pre­quel to “The Hard Good­bye” as well as some “Blue Eyes” and “Old Town Girls” sto­ries (found in Booze, Broads and Bul­lets).