Movie Chronicles » Sin City 2
This is an unofficial news site about Frank Miller's Sin City movie sequel including adaptations of "A Dame to Kill For" and a prequel to "The Hard Goodbye", alongside an entirely new story featuring Nancy Callahan. Robert Rodriguez is set to direct with a possible 2010 release date.

Sin City 2 movie rights are today being shopped around Hol­ly­wood, report THR. It appears that Dimen­sion Films (The Wein­stein Co./Dimension) may have even­tu­ally lost rights to the prop­erty; although they do still main­tain they have the rights on the sequel. This is coun­tered by pro­duc­ers that have ‘shopped for’ the rights to Sin City through rep­re­sen­ta­tives — they are actively seek­ing a new space to set up the Sin City sequel.

The The Wein­stein Co. attor­ney maintains:

“TWC’s rights to pro­duce sequels to ‘Sin City’ remain intact as they always have been.”

Accord­ing to Clint Mor­ris and a high pro­file pro­ducer friend, Angelina Jolie is in seri­ous talks about appear­ing in the Sin City sequel. Jolie orig­i­nally spoke about a pos­si­ble involve­ment in Sin City 2 back in 2006 (see our cast­ing rumors from 08). How­ever it now seems that pro­duc­tion has stepped up a level and the film­mak­ers are actively look­ing for Jolie to offi­cially com­mit to the project.

Rumor has it that Angelina Jolie is inline to play Ava Lord, the female star of ‘A Dame to Kill For’.

The rights for the movie have recently come into ques­tion, and maybe this lit­tle palaver has sprung the Wein­steins into action to ensure they don’t.

Rosario Daw­son, Gail in the Sin City uni­verse, has spo­ken with Com­ing Soon and answered some ques­tions about the devel­op­ment of Sin City 2:

Q: Jamie King said she’s read the “Sin City 2″ script. Have you?
Rosario Daw­son: No, I have not. She’s work­ing with Frank [Miller] to pos­si­bly pro­duce some­thing together. I just talked to Frank about it though and said he fin­ished it a cou­ple of months ago so I’m really excited to get it going. Sup­pos­edly it’s going to hap­pen in 2009.

Q: Did he tell you any­thing specif­i­cally about the script?
Daw­son: I get to wear a mask in this one. Is that spe­cific enough?

Q: Where you would like to see your char­ac­ter go in the next film?
Daw­son: Gail? I think Gail is pretty much Gail. What you see is what you get. I don’t think she’s going to be pop­pin’ out any babies and singing any songs or any­thing like that. What’s actu­ally really fun about it is that we get to inves­ti­gate it a lit­tle bit more into the sto­ry­line that was actu­ally in “Sin City 2″ — that mid­dle chap­ter which is where Gail mostly was. Inves­ti­gate a lit­tle more as to who is this man and what are they talk­ing about when he’s got a dif­fer­ent face.

More of the same really, but SSH recently spoke with Frank Miller, ask­ing him about the 300 spin-off and Sin City 2.

With regards to Mickey Rourke’s recent com­ments con­cern­ing his hes­i­ta­tion in repris­ing his role as Marv, Frank says,

“He has a pretty big role. I hope Mickey plays it.”

And about Robert Rodriguez,

“I hope to work with Robert. We’re talk­ing it over and try­ing to work out the mechan­ics of actu­ally get­ting it made. It’s always tricky with movies. I believe that a movie’s going to come out as soon as I see its name on a marquee.”

Frank Miller has recently been speak­ing with IGN UK about The Spirit and the Sin City 2 sequel,

“Sin City 2 is writ­ten. It’s mainly a mat­ter of work­ing out the details of the pro­duc­tion. I’m hop­ing to do it with Robert Rodriguez again in the same cir­cum­stances that we did the first one, and we could be shoot­ing as soon as April.”

Shoot­ing as soon as April is prob­a­bly too hope­ful, I’ve got my fin­gers crossed for a shoot begin­ning by June 2009.

In Rome Frank Miller recently spoke about his upcom­ing movie, “The Spirit” but also took some time out to answer ques­tions, one of them quizzing about Sin City 2:

I can’t talk about my projects, because I don’t believe a movie is real until I see the title on the screen. There are many things that can go wrong. But I can tell you that I’m very close to begin ‘Sin City 2′ with Robert Rodriguez. We have to arrange a few things and we’ll be back in action.

Looks like things should start rolling in the next cou­ple of months. 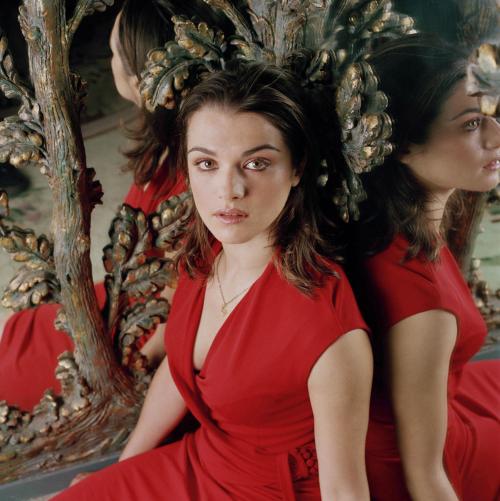