Movie Chronicles » Superman: Man of Steel/Unleashed
This is an unofficial news site about the sequel to Bryan Singer's Superman Returns, The Man of Steel. Singer returns to direct with Kevin Spacey confirmed to reprise the role of Lex Luthor. A US release date is planned for summer 2009.

No plans for a new Superman movie September 18th, 2009

After the sud­den and total col­lapse of Bryan Singer’s Super­man fran­chise and palaver over who might direct the next one, the next Super­man movie has been in doubt for a while. With the emer­gence of DC Enter­tain­ment, it was thought that a Super­man movie might be a flag­ship offer­ing, it seems this isn’t the case, Diane Nel­son says (via MTV),

“We actu­ally don’t have any cur­rent plans for Super­man,” said Nel­son when asked if the new envi­ron­ment (and the recent legal deci­sion regard­ing the char­ac­ter) made a “Super­man” movie more or less likely in the near future… We’ve obvi­ously done a lot of great things behind the prop­erty in our his­tory, and it’s a key part of the fam­ily, but we don’t have cur­rent plans behind Super­man,” she said. 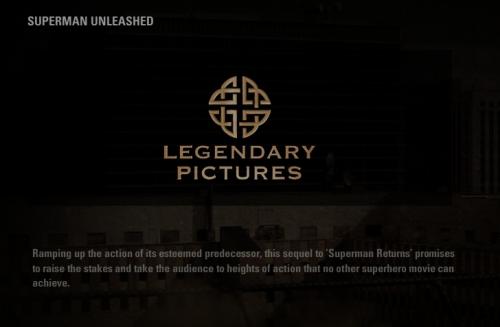 UGO have posted an inter­view with Super­man Returns direc­tor Bryan Singer, quizzing him on the progress of the Super­man: Man of Steel movie. To sur­mise, Bryan Singer is not involved in the talks around the Super­man sequel, but he is also not yet offi­cially ‘divorced’ from the Super­man franchise.

Jor­dan Hoff­man: Bryan, I have to ask you…..The Man of Steel! Superman!

Bryan Singer: I couldn’t – I wish I had an answer.

JH: I’m strap­ping you to a lie detec­tor right now.

JH: You feel that on your arm?

JH: Tell me some­thing about Super­man and you and your rela­tion­ship together.

BS: I love Super­man and I can not tell you any­thing else. I, uh……

JH: Would you like to tell me some­thing else? But you sim­ply can’t?

JH: But there is talk of a new film, though. Are you offi­cially involved in this talk of the new film?

BS: I am not offi­cially involved in the talk, no.

JH: But when talk hap­pens they’ll call you.

BS: Well it’s, you know, I have rela­tion­ships with Warner Broth­ers and with the char­ac­ter and, and, and, and it’s just the way things work out.

JH: But you are not divorced from Super­man at this point.