Spider-man 4 is no more, and much of the news on this blog now per­tains to a vision of Spider-man that will never be made. Tobey Maguire, Kirsten Dunst, Sam Raimi et al, will not be back in a Spider-man incar­na­tion. I thought I ought to make that clear before con­tin­u­ing with the next piece of news.

Sony instead opted to reboot the Spider-man fran­chise with a new direc­tor, Marc Webb, with actor Andrew Garfield play­ing Peter Parker. Film­ing is set to start this Decem­ber in Los Ange­les, and is also expected to take place in New York. The project is being pro­duced by Laura Ziskin and Avi Arad.

It seems Raimi’s long time friend, Bruce Camp­bell, may be up for a much big­ger role in the fourth movie. They spec­u­late that this could be a vil­lain, per­haps Mys­te­rio. But that’s all con­jec­ture and noth­ing to take seri­ously. Which Spider-man char­ac­ter would Camp­bell play best?

The actor, who has a long rela­tion­ship with direc­tor Sam Raimi via his lead role in the “Evil Dead” tril­ogy, made mem­o­rable cameos in the first three “Spider-Man” films.

How­ever, he may have a big­ger role this time around. Bruce told Access that in the next install­ment in the super­hero fran­chise, he’s been told he has a major part – but didn’t yet know any­thing about his character 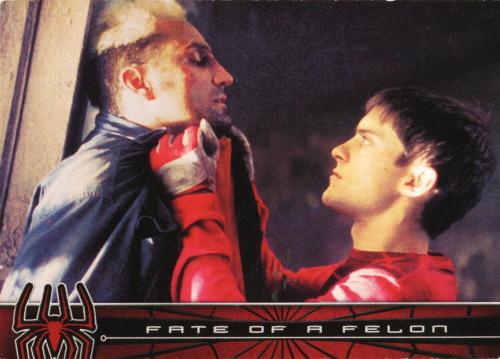 Pit­doc have snapped a shot of the first Spider-man 4 poster at the recent Licens­ing Show in Las Vegas which comes via AICN. These are avail­able in very high res­o­lu­tion by click­ing the image. The sec­ond one is a tidy up of the first, cropped and with lev­els, con­trast and color corrected. 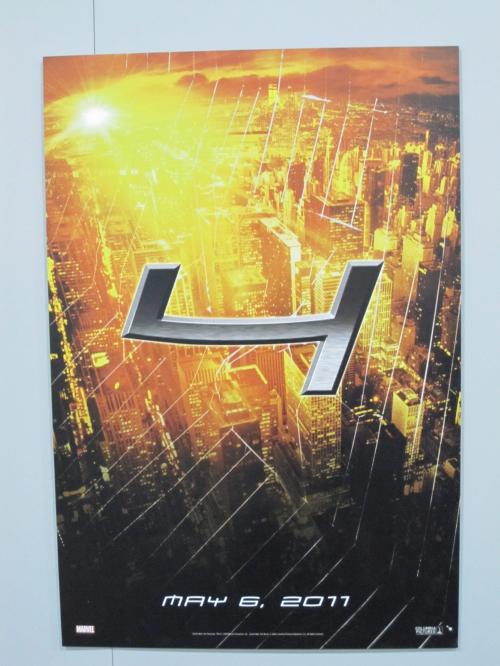 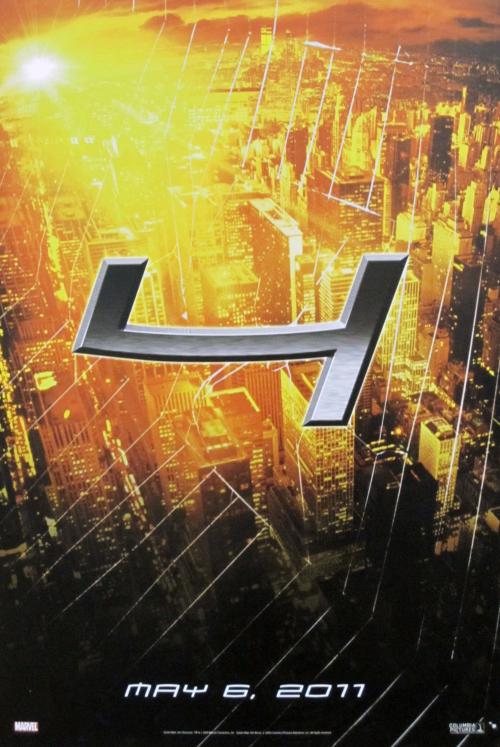 Sam Raimi has offered up some minor updates on Spider-man 4 dur­ing his “Drag Me to Hell” pro­mo­tional inter­views. Speak­ing with Cin­e­mat­i­cal, Raimi says:

“I learn lessons on every sin­gle pic­ture I make,” he said. “I learned a lot on [Drag Me To Hell], about tim­ing, and that you don’t have to give up any char­ac­ter at the expense of hor­ror. It’s just an excuse that maybe I’ve used in the past. As far as Spider-Man, I’ve learned a lot of lessons about what peo­ple didn’t like and mis­steps that I’d made. But I learned those lessons on the pre­vi­ous two, I was just a lit­tle qui­eter about them. I made a lot of mis­takes, and it’s part of the rea­son I so want to make this next story of Peter Parker.”

Raimi con­tin­ued, “I really think I know in my heart who the char­ac­ter is, and I haven’t quite been able to sing the song yet, or bring it out to the extent or degree of detail that I feel in my heart that I can. And I may not be suc­cess­ful, but I still feel like I know it bet­ter than I’m able to play it; I feel like the kid that really prac­ticed at the piano recital, with years of comic books, and when I got to my other recitals, I some­times made some mis­steps with them. There’s a whole crowd there and they think that’s as well as I know the piece, but I really do know it a lot bet­ter than that and I would like one more chance at that char­ac­ter. The Spider-Man films, I’ve made mis­takes, but I really do look at them as things that I’ve learned, and hope that when I apply what I’ve learned to this next one, I really make a film that peo­ple enjoy and is really true to the char­ac­ter in a fresh, orig­i­nal way. That’s my goal.”