Spider-man 4 is no more, and much of the news on this blog now per­tains to a vision of Spider-man that will never be made. Tobey Maguire, Kirsten Dunst, Sam Raimi et al, will not be back in a Spider-man incar­na­tion. I thought I ought to make that clear before con­tin­u­ing with the next piece of news.

Sony instead opted to reboot the Spider-man fran­chise with a new direc­tor, Marc Webb, with actor Andrew Garfield play­ing Peter Parker. Film­ing is set to start this Decem­ber in Los Ange­les, and is also expected to take place in New York. The project is being pro­duced by Laura Ziskin and Avi Arad.

In order to reach the May 6th 2011 dead­line release date for Spider-man 4, as much as pos­si­ble must be ready in time for the first pro­duc­tion day, as per usual, this means that the David Lindsay-Abaire penned script should be com­pleted by the end of sum­mer 2009, ‘about three months’ to be more pre­cise. SciFi wire also quizzed Raimi about poten­tial vil­lains for the fourth movie, but he declined to comment.

“We have to make the release date, and on all of these pic­tures, the ‘Spider-Man’ films–and I’m sure it’s the same as with many of the other bigger-budgeted films–they have release dates far in advance of a screenplay/ […] So it’s about get­ting it ready the best you can in time for the first day of pro­duc­tion. That’s what we’ve always done, and that’s what we’ll try to do again.”

“I’m not at lib­erty to dis­cuss the vil­lains yet. […] I think I have to wait till the fin­ished screen­play, and then it’d really be up to Sony Pic­tures and the pro­duc­ers to deter­mine when they want to release that infor­ma­tion. To them, it’s usu­ally a big, a big, big thing, a big moment where they want to present the vil­lain with the proper respect or fear that he or she deserves.”

Raimi has also spo­ken out about the cre­ative power he would like to wield for the next movie. This comes after the third movie whereby pre­sum­ably the stu­dio took over some of the cre­ative deci­sions (is that per­haps what lead to the crazy danc­ing Peter Parker scene?), via Empire:

“They really gave me a tremen­dous amount of con­trol on the first two films, actu­ally. […] But then there were dif­fer­ent opin­ions on the third film and I didn’t really have cre­ative con­trol, so to speak.

The best way for me to move for­ward on films, is that I’ve got to be the sin­gu­lar voice that makes the cre­ative choices on the film. I love Spider-Man so much that I’d like to con­tinue telling Spider-Man sto­ries. But only under those cir­cum­stances where I think I can hon­our him.”

MTV has spo­ken Spidey-4 with Sam Raimi; no real juicy gos­sip bits to be had, but good to hear the project is mov­ing swiftly for­ward nonethe­less. It does appear that the dual Spider-man 4 & 5 shoot­ing sched­ule that was pre­vi­ously rumored may have been dropped, pos­si­bly in favor of The Avengers movie com­ing in 2012.

“We’re def­i­nitely talk­ing about work­ing from all the mate­r­ial in the comic books and noth­ing [invented] out­side of that. All the char­ac­ters or vil­lain or vil­lains, what­ever we decide to do will be from Stan Lee’s cre­ations or those that came after him.”

[On who will be the next villain(s)]

“I do have a pretty good idea, but I’m just not a lib­erty to say yet,”

[On Kirsten Dunst in Spider-man 4]

“I can’t imag­ine mak­ing a ‘Spider-Man’ movie with­out Kirsten,” he said, seem­ingly con­tem­plat­ing the idea in his head with a long pause. “Of course it can be done because Spi­der Man has existed with­out the char­ac­ter of Mary-Jane but she’s one of my favorite parts and it would be a shame not to have her in the pic­ture. I’m hop­ing she’ll be in it and I’m plan­ning on hav­ing a story with her in it.”

Mar­vel Stu­dios have announced a slew of new super­hero movie releases dates in the forth­com­ing years — of most inter­est to this crowd are Spider-man 4, now set to appear in screens nation­wide on May 6th 2011 and an updated release for Iron Man 2 — now hit­ting the­aters on May 7th 2010 (pre­vi­ously April 20th).

In speak­ing with Empire mag­a­zine, Sam Raimi revealed that the Mor­bius char­ac­ter inter­ests him, might we see him in Spider-man 4?

“I like it in the Mar­vel comics when Spider-Man fights Mor­bius,” said Raimi. “He’s really cool. A vam­pire! I like that com­bi­na­tion of super­hero plus supernatural.” 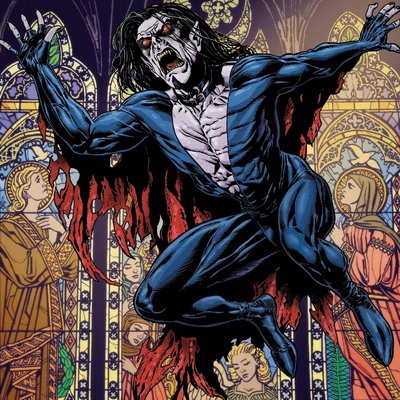