More explosions and action from Chicago’s south side July 29th, 2010

Trans­form­ers 3 pro­duc­tion has moved to Trump Tower again, this time shoot­ing at night and using “flame and smoke effects” on rooftops, accord­ing to Chicago­B­reak­ingNews. It was more than just smoke and flame effects, this was “Bay­hem” to its fullest, with ten or so rooftop explo­sions at mul­ti­ple build­ings. The action was filmed from a heli­copter (and pre­sum­ably from below as well) whilst police vehi­cles drove away from the action down below.

Trans­form­ers 3 has also been spot­ted on the south side, film­ing along­side the rail tracks, includ­ing Auto­bot chase scenes, scenes of pedes­tri­ans run­ning away scream­ing, and a video show­ing all the vehi­cles lined up, includ­ing what’s pre­sum­ably Skids and Mud­flaps new look.

Trans­form­ers lined up on south side

The next video shows the Nascar vehi­cles hotly pur­sued by the Auto­bots from an angle right in the thick of the film­ing, by johnnyism13 who hap­pened to be in the right place at the right time:

This video, from the same loca­tion, shows peo­ple run­ning away scream­ing whilst a shiny blue car calmly dri­ves past.

This is another view of the explo­sions we’ve seen already, but from a ground view, much closer. Thanks to ReidCollins.

Trans­form­ers 3 pro­duc­tion has con­tin­ued work­ing in Chicago, mov­ing their sets to Wacker Drive. Scenes have included a seem­ingly heroic moment for Patrick Dempsey, as Shia and Rosie sit amongst the rubble.

On set, a new red 4x4 truck has also been spot­ted, glow­ing and undam­aged, it stood out promi­nently from the mis­cel­la­neous burnt out cars. This has now been con­firmed as Roll­bar — his name is spelled out on the vehi­cle and he sports the auto­bot logo. Roll­bar doesn’t have a big per­son­al­ity within the Trans­form­ers fran­chise (or much of any­thing beyond being many dif­fer­ent toys), with this char­ac­ter Bay is free to recre­ate as he pleases.

Add to all this, the card­board head of Mega­tron has been thrown into the mix. 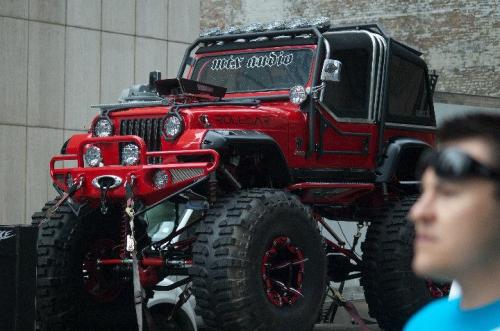 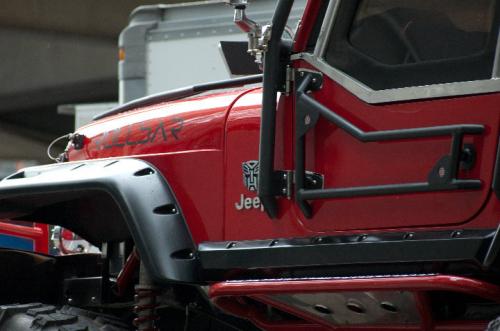 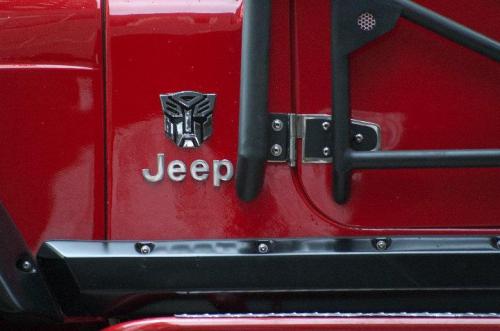 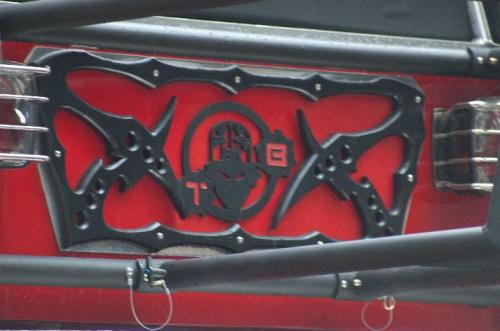 The folks over at TFW2005 inves­ti­gated the T B logo on the back and found that it stands for “Tommy Built”, the jeep wasn’t orig­i­nally built for the movie and a clip on YouTube showed it with a mounted machine gun on the rear, Para­mount pic­tures have sinced removed the video.

This one was picked up by Trans­form­ers Live: 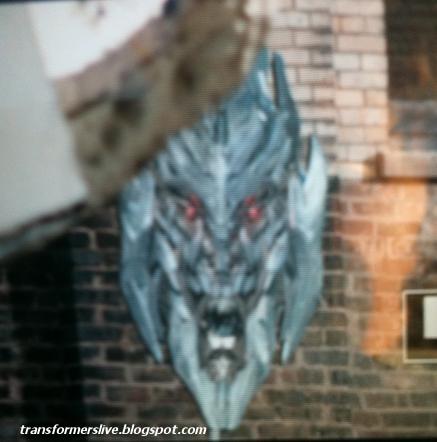 The full pic­ture set is avail­able from The Chive 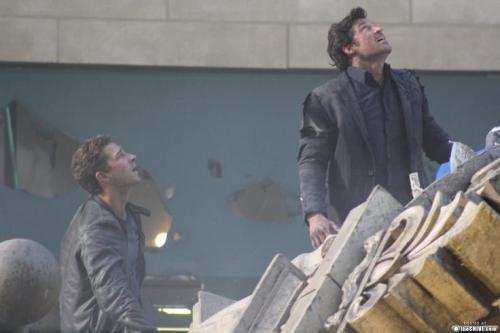 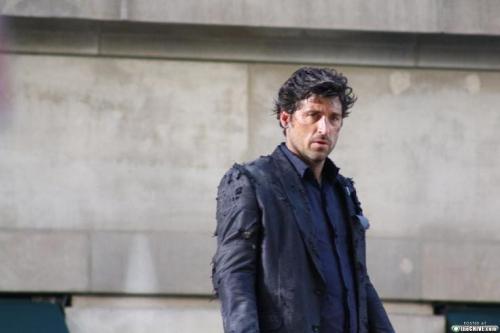 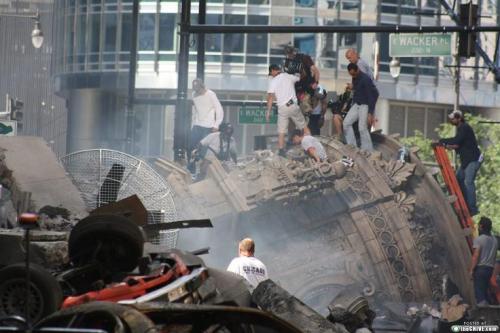 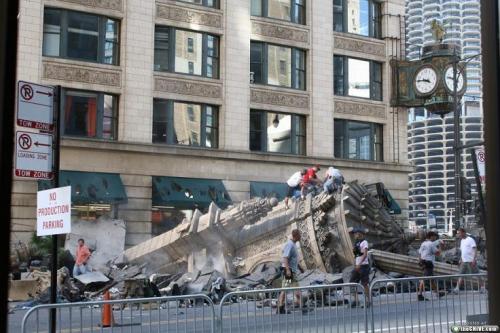 In an inter­view with MTV, Chris Evans spoke a bit about his suit and shield, we don’t see his final Cap­tain Amer­ica suit until the end of the movie, and sim­i­larly, the shield keeps get­ting updated:

“But [the suit]‘s not bad. It’s a World War II movie, so I think a lit­tle bit of a cum­ber­some feel to it and some­thing that’s a bit chunkier … not only serves the time period, I think it looks bet­ter. […] It’s not this sleek span­dex suit. It looks like some­thing you might wear in the ‘40s in the mid­dle of a war.”

“There’s a cou­ple stages and ini­tially in the script, Steve isn’t Cap­tain Amer­ica right away. […] He gets the injec­tion and isn’t asked to go to war right off the bat. He’s used in dif­fer­ent areas, so he has dif­fer­ent stages of the suit. I don’t think he actu­ally jumps into the final suit until the third act of the film.”

[talk­ing about the shield]

“Well, dur­ing the USO tour, there’s obvi­ously a dif­fer­ent shield. […] And he goes on a cou­ple mis­sions, he goes AWOL and kind of takes the USO shield. And he’s kind of allowed to be this sol­dier and they out­fit him with the new uni­form. They decide to out­fit him with an updated shield.“ 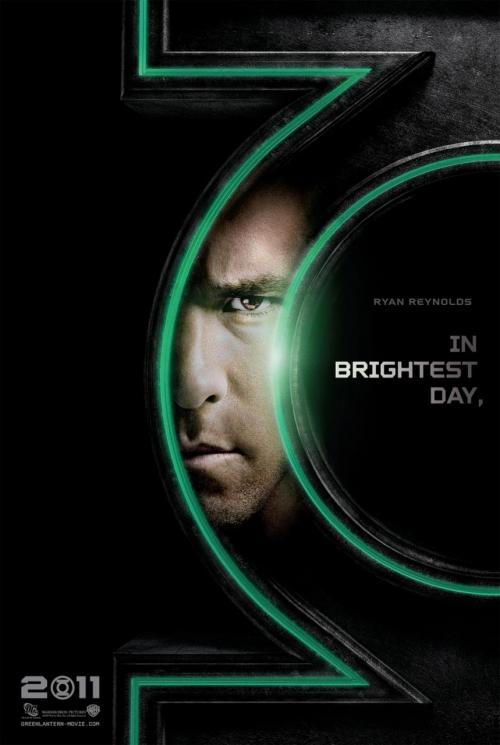 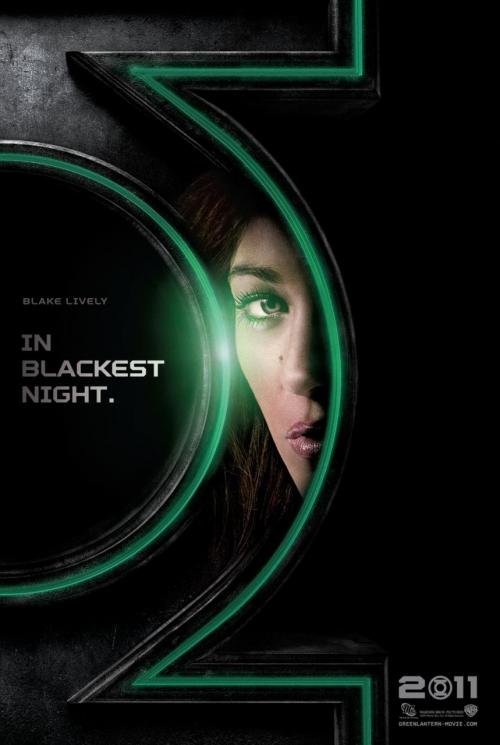 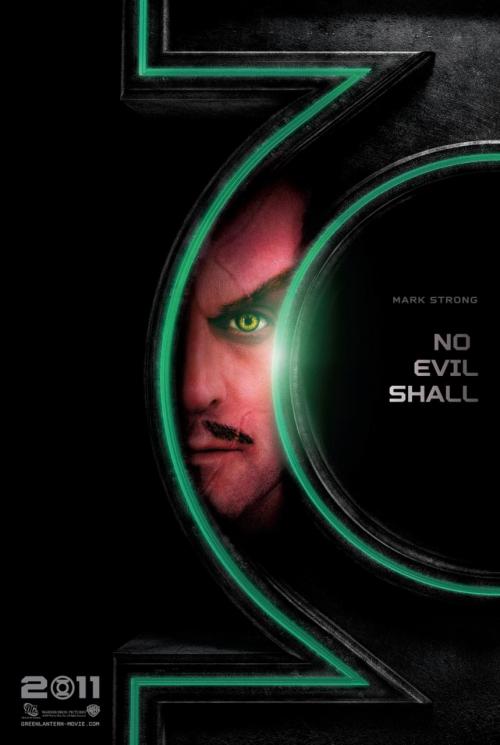 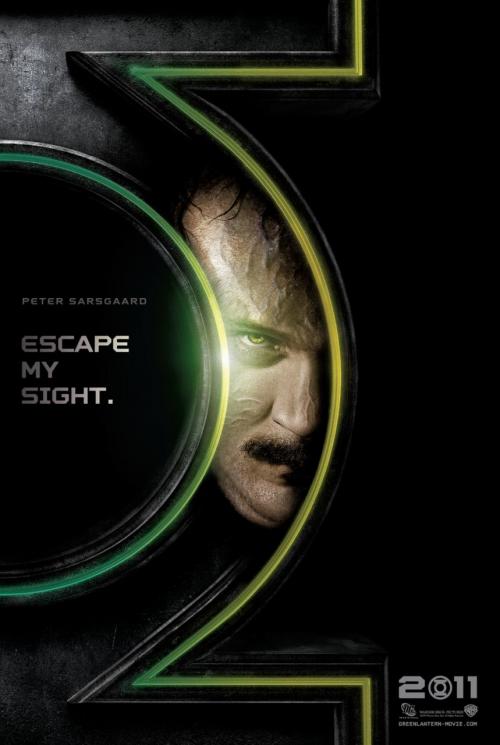 Michael​Bay​.com has posted an offi­cial (and now extended) set report from Chicago, show­ing off Bumblebee’s Camaro, the weaponized Nascars, a scene under the bridge, lots of fans, the Fer­rari and the Mercedes.

More of those card­board cut-out heads, as opposed to a 20ft robot. One dili­gent snap­per (mtoe­set via TLAMB) caught an image of what is pre­sum­ably Shockwave’s head (being a cyclops and all, with a slight pur­ple tinge), next to Sound­wave. Still no hints at his alt mode. 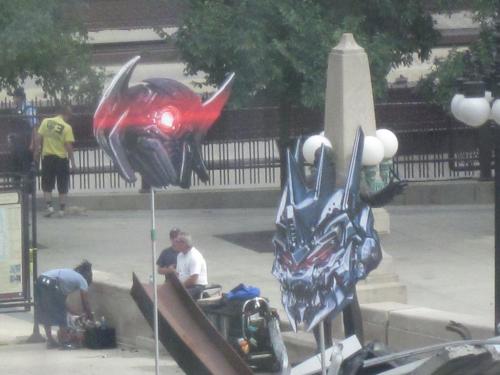