DVDAc­tive have posted up the first shots of the soon to be Gotham Knight DVD and Blu-Ray cover. 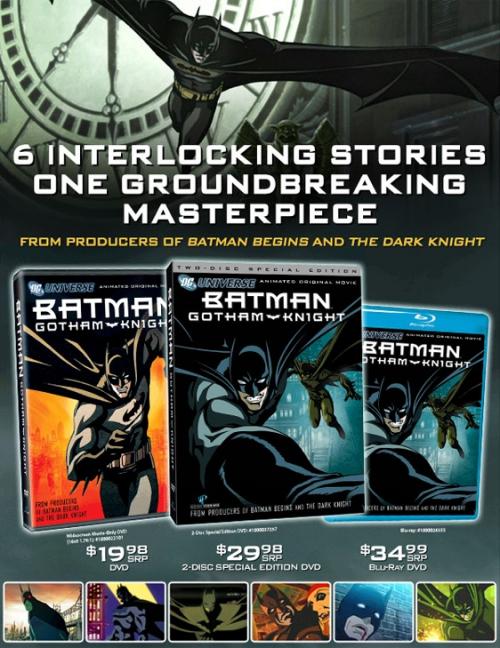 Warner Broth­ers have today reveal the offi­cial web­site for Bat­man: Gotham Knight. There’s very lit­tle infor­ma­tion on the site at the moment, but it does include snip­pets of the video doc­u­men­tary we recently saw leaked on YouTube — with a lot more animé, help­fully the site comes with some copy and paste embed code: 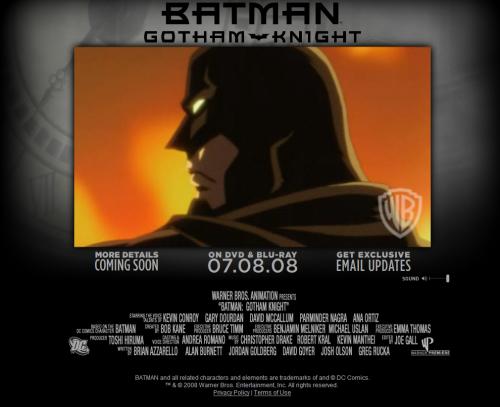 EDIT: YouTube video taken down (odd con­sid­er­ing it seems entirely pro­mo­tional), you can still find a copy at IO9.

Here is our first look at the six part straight to DVD animé that fills in the gaps between Bat­man Begins and The Dark Knight. Far from a teaser trailer, this is a ten minute “pre­mière” with a lot of back­ground on the Bat­man char­ac­ter and the thoughts behind its creation.

As some of you are aware, The Dark Knight movie will be pre­ceeded by a multi-part animé story, sim­i­lar to the way that the Ani­ma­trix worked — although as of late details about this project have been in short supply.

Just Press Play have a brand new screen cap via the lat­est Wiz­ard Uni­verse issue, illus­trat­ing one of the new animé sto­ry­lines, it does look incred­iby awesome.

For the low-down on the six short films in the animé I rec­om­mend read­ing our older post, pre­vi­ously thought to be lost in the depths of our archives. The DVD is set for a direct to video release close to July, but we should see a lot more of the Gotham Knight before then. 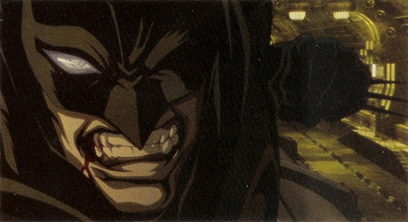