Can’t say we didn’t see this one com­ing. Nikki Finke has the scoop on the sales numbers,

I just heard that Warner Bros’ Bat­man Blu-ray discs alone sold 600,000 copies on Tues­day, the first day of release. By con­trast, Marvel/Paramount’s Iron Man sold 250,000 Blu-ray discs when it pre­miered on Sep­tem­ber 30th and ended up sell­ing 400,000 Blu-ray units in its first week. But wait til you see what The Dark Knight sold in both for­mats, stan­dard def and hi-def: 3 mil­lion copies bought by cus­tomers in the U.S., Canada and the UK on its first day in stores. That’s 3x the norm.

Reuters have the lat­est update on the DVD and Blu-ray sales, stat­ing that more than 10 mil­lion units have been shifted:

The best sell­ing DVD of all time is “Find­ing Nemo” with over 60m units sold.

The exclu­sive Dark Knight Blu-ray and DVD pack­ages are com­ing in many many dif­fer­ent fla­vors; some with free Bat­man mask (see Tar­get), some with a Joker or Bat­man mask stat­uette (see Best Buy), some with a minia­ture Bat pod (see Ama­zon) and some in a steel case. All of them can be grabbed from Ebay, for the obses­sive col­lec­tor in you. 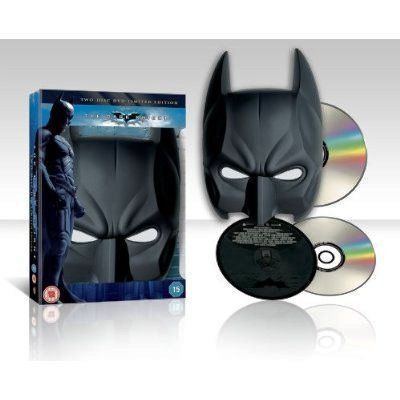 Warner Bros has finally offi­cially announced that the release date for the Dark Knight on DVD and Blu-ray will be Decem­ber 9th.  Check out the cov­ers for these and the spe­cial 2-Disc Lim­ited Edi­tion set. 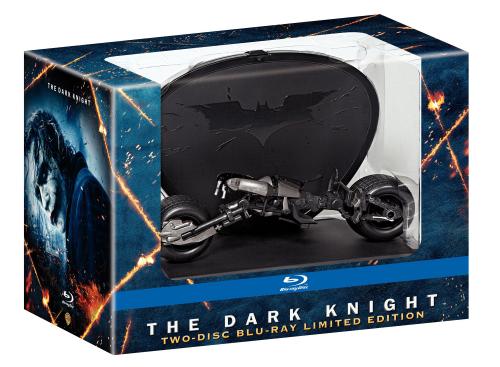 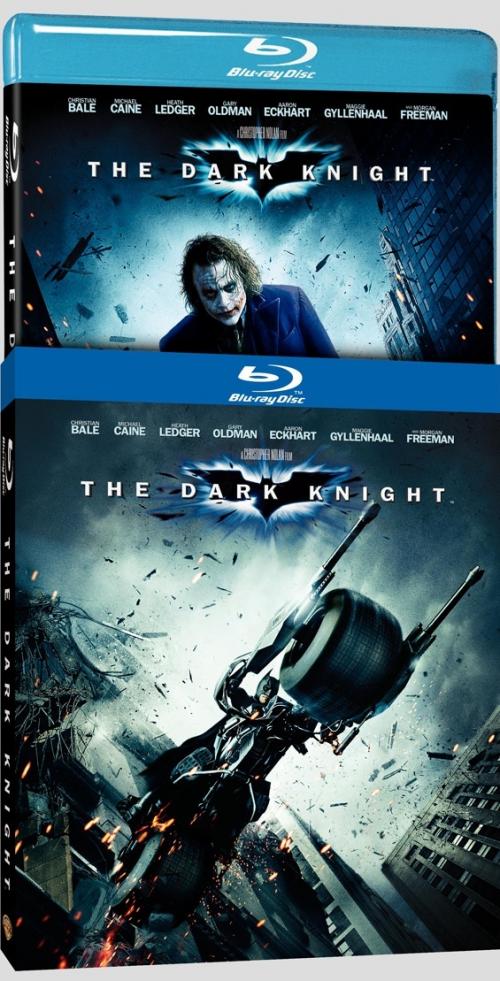 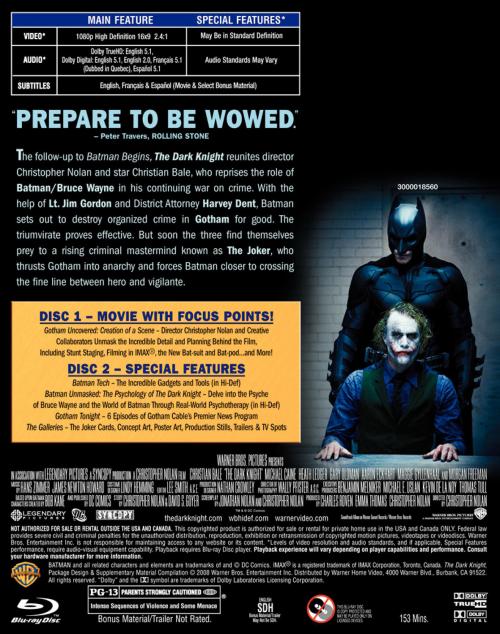 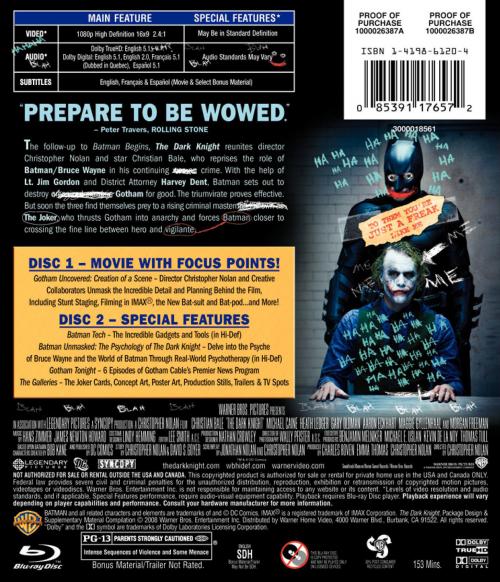 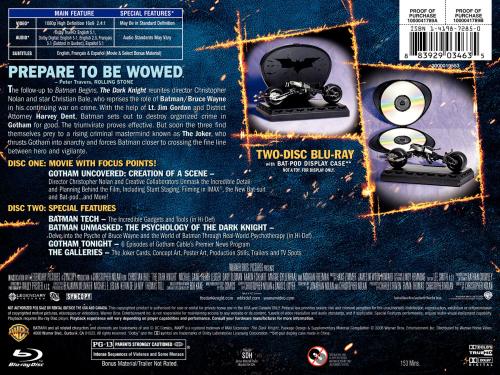 /Film have posted what look like the first details about the spe­cial releases and lim­ited edi­tion ver­sions of The Dark Knight that will be avail­able when it comes out to own later this year. HOWEVER — they were sent in by a reader and could be com­plete fabrications.

None of this pro­mo­tion plays on the pop­u­lar­ity of The Joker which leaves me a lit­tle suspect. 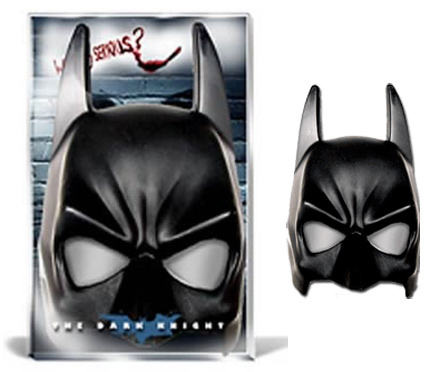