A new mes­sage was posted to the mains and pub­lic forums of Cit­i­zens for Bat­man today,

Poster: BriDog72 — Thurs­day, July 3rd, 2008 at 00:12
Seems there’s been a bit of a slipup with the project me and Batfan73 have been work­ing on. BatFan’s in jail and I need everyone’s help. He left me a voice­mail, it was kinda gar­bled, but he said he was picked up by the cops for tres­pass­ing, so he needs some help get­ting every­thing acti­vated. He’s not sure when he’s going to be able to extract him­self from his sit­u­a­tion.
He said he needs some­one to get some sort of key off of an invoice, num­ber 38272899 (geez, I hope I copied that down right), but he got cut off before he could tell me what this invoice is or even where to find it. We need this key to acti­vate every­thing.
Can any­one fig­ure this out? We’re going to need to fix this or the whole thing’s ruined! Anyone?

In an email to Glenn Barhyte, Jim Gor­don made ref­er­ence to Maroni Imports, lead­ing us to a new viral site, www​.maroni​im​ports​.com 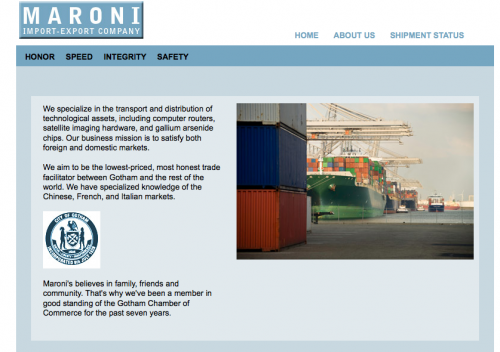 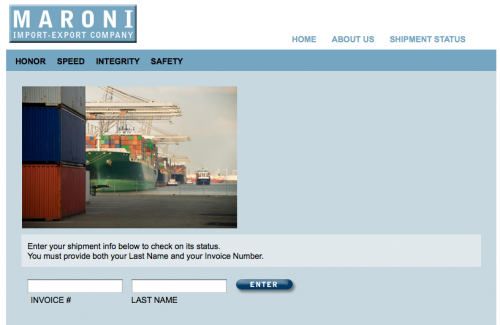 With the invoice num­ber from the forums post and the sruname “Cras­ton”, which appeared in a small news update to the Gotham City Rail website:

ALERT: The STCS will undergo ini­tial fine-tuning of its soft­ware on the evening of July 8th. This rou­tine main­te­nance may result in tem­po­rary inter­mit­tent sys­tem delays. We apol­o­gize for any incon­ve­nience this may cause. — C. Cras­ton, Sr. Elec. Engi­neer, GCR

With this infor­ma­tion the afore­men­tioned invoice can be down­loaded, at the bot­tom of it there is a key for a sig­nal booster, Key: 5D45C08AA6C3638D7829C0D5183FDB14B0CDBF1DCB12. With this key, the sig­nal booster was acti­vated and CFB was updated to show two sets of co-ordinates in New York and Chicago. Hence the two loca­tions for the big event this July 8th are now known: 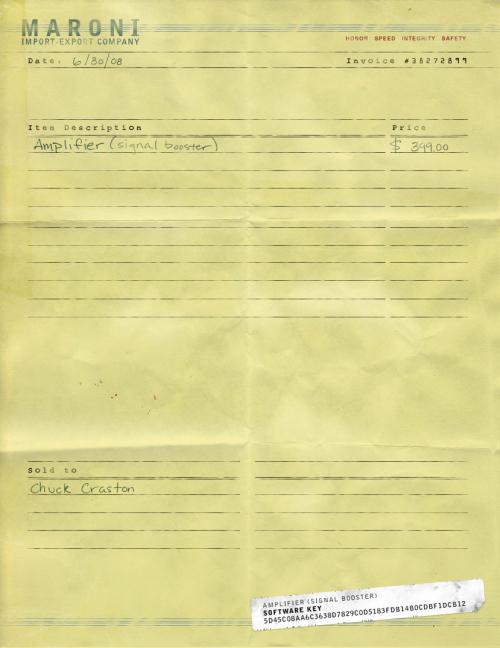 CFB has since been updated to include a new mis­sion statement:

Some­times, you have to take a stand. You have to fight for respect. You have to let the entire world know you’re here.
On July 8th, nobody will be able to ignore us. Gather at the above coor­di­nates at the appointed time, and help us take a stand in sup­port of Bat­man!
If you can’t join us on the ground, we’ll be pro­vid­ing a way for you to watch what goes down, live on this web­site.
Defend Gotham! Defend Bat­man!
Key: 5D45C08AA6C3638D7829C0D5183FDB14B0CDBF1DCB12
Sig­nal Booster sta­tus: ON 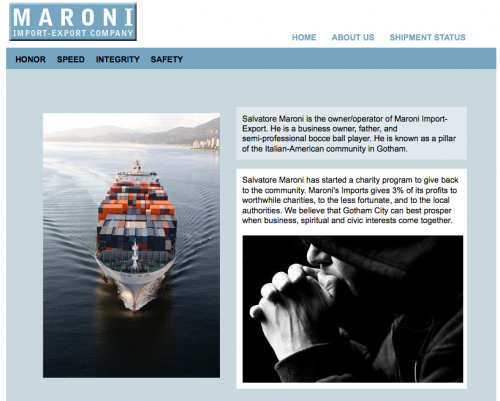 Rumor has it CFB will have a live stream of the event.

I’m just spit­balling here, but I think I might know what’s up. All the dates/places have been cov­ered on the Batmobile/Batpod Tour except the last two loca­tions of the list posted by Film School Rejects. Those two loca­tions are in Chicago and New York, the coor­di­nates on the image above.

We might get a live Bat(vehicle) appear­ance at these two loca­tions. Espe­cially, if it’ll be broad­cast­ing LIVE. Yeah, this is def­i­nitely going to be some­thing special.

(Specif­i­cally Chicago)
Also note, that loca­tion is Wacker Drive. Pretty big for the movie already, there’s so many clips have been taken from there, but there’s also a scene where The Dark Knight is on the Sears Tower over­look­ing the view. Now, those coor­di­nates (after you google map it) point to a park just north west of the Sears Tower. So if you looked up at the Sears Tower, and Bat­man was still there, he’d be look­ing down at us.

That last part is a bit far-fetched but the excite­ment for this film has made me one of Joker’s clowns. Less than 7 hours away, we’ll find out soon…

[…] as two live video feeds were posted to the Cit­i­zens for Bat­man web­site and crowds gath­ered at the two loca­tions in New York and Chicago. Fans that turned up for the event received Gotham Times news­pa­pers and a col­lec­tion of CFB […]